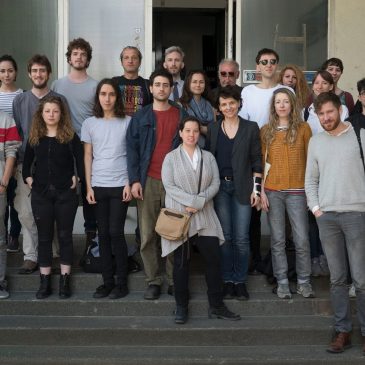 I am available to write about filmmaking for your website.

I studied with the world’s greatest living film directors during my MFA at Béla Tarr’s film.factory in Sarajevo, where I also had the honour of developing close friendships with the next generation of baffling art-house auteurs. Professors included Juliette Binoche (pictured), Gus Van Sant, Gael Garcia Bernal, Apichatpong Weerasethakul, Guy Maddin, and many others who can be counted among the leading lights of contemporary cinema.

My BA (Hons) is from Liverpool John Moores University, from where I graduated in 2001. Previously to that, I studied at Wallington County Grammar School and Brooklands College in Weybridge.

I have written and directed two zero-budget feature films and a number of shorts and video art projects that have played at film festivals and in exhibitions around the world.  I have worked as a festival programmer and been invited to sit on the prize jury at multiple festivals. I’ve led on art projects funded by the Film Council and Arts Council England. I also write fiction, lead filmmaking workshops, and offer development support to artists in film and moving image.

I’d love to give your readers a fresh perspective on filmmaking. Send me a message, and we can geek out over mise-en-scène techniques while we decide on a unique lesson to offer the budding filmmakers who frequent your site.